Wessex Bears again showed their quality in the third Hampshire Youth Rugby League fixture festival, winning all three of their games to take control at the top of the league table ahead of next month's championship play-offs.

The introduction of Wimborne based Dorset Dragons to the competition meant a reshuffled fixture format gave each side three 20 minute games and plenty of breaks.

As the sun shone the heat increased throughout the day but that was nothing compared to the sizzling skills on show from the four teams taking part. 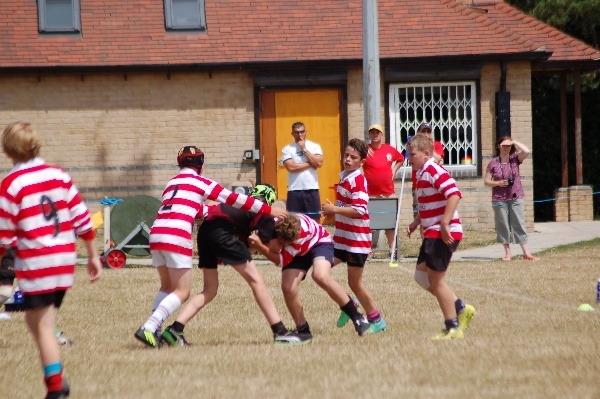 Southampton Spitfires enjoyed mixed fortunes with two defeats and a win, whilst new boys Dorset Dragons found the going tough with three defeats. However the Dragons can hold their heads up high after recording three tries in each game and finishing strongly at the back end of their games. They will have learnt a lot for next time and proved they can mix it when they play with determination and focus.

Oxford gave a better account of themselves and ended their losing run with two wins, giving them them some much deserved belief, but the team of the day were the Wessex Bears who are rap

There were some awesome individual performances on the day, but every player played the game in the right spirit and sportsmanship was abundant, making for a great festival.